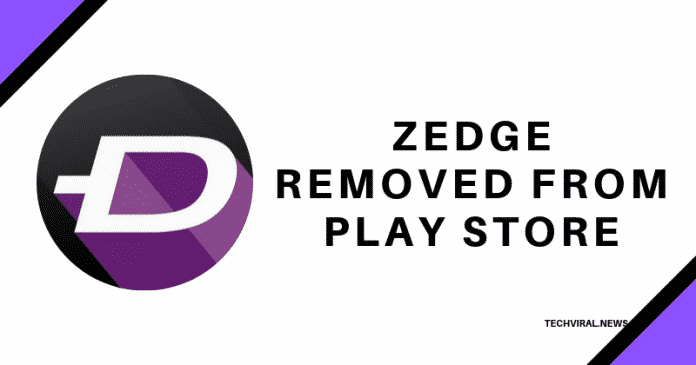 Recently, people all over reddit and facebook are posting that Zedge, a famous Ringtones, themes, icons and wallpapers for Android and iOS devices has been removed from the Google Play Store.

Zedge has temporarily Removed from the Play store

Recently, a lot of users complained that they were unable to find Zedge on the Play store. People are posting in reddit threads and wondering if Zedge has something suspicious malware or adware.

A lot of apps in the past few months have been booted from the Google Play store, the famous applications such as CamScanner was also removed due to a malicious activities, however the issue has now been resolved and the app is back on Play store.

Users have also reported that the app was crashing and stopped working, therefore they had to uninstall it but when they tried to search for the app to re-install it, they could not find it.

Few uses also turned towards twitter to dig into the reason behind the removal of the app. As per the administrator, the app has a bug due to which they had to temporarily remove the app from the play store.

Due to a bug we found, Zedge will not be available in the google play store for a short while. We are working to get it up and running as soon as possible. Apologies for the inconvenience!

It is still not clear what bug the developers have discovered. However, we suspect that there must be something crucial that could’ve turned into a privacy issue later.