Xiaomi might launch a smart Toothbrush in India soon. It is a Mi Electric Toothbrush which has its own smart app also. It is said that Xiaomi will launch more IoT products this year. Xiaomi came in with smartphones, but now it also has Smart TV Segment and IoT sector also. It also sells pens, speakers, backpacks, power banks. Now, it looks like Xiaomi is ready to bring more stuff to India and the recent one is a Smart Toothbrush. 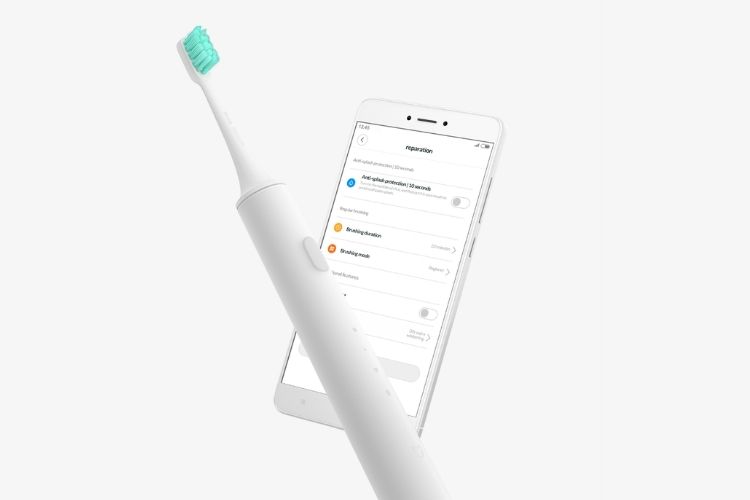 Mi India is set to bring a toothbrush to India, and this smart brush is launching on 20th February. However, this toothbrush is not like a regular toothbrush which you find in general stores. As it is an intelligent toothbrush, you will see the difference.

Xiaomi is telling is as a personal dentist, which gives a hint at the Electric toothbrush which was launched in Spain in 2018. If this toothbrush is that one, then it will be smart.

Xiaomi posted a teaser on Twitter of the Toothbrush. This teaser gives a glimpse of the electric toothbrush. Check out the tweet:

This will completely change the way you start your day. #YourPersonalDentist coming on 20th February. pic.twitter.com/5bP2H7Adle

This new Mi electric toothbrush has some smart features which make brushing easier. It is also said that this toothbrush will improve dental hygiene with real-time. There will be a magnetic levitation sonic motor and anti-corrosion, and the head of the brush is metal-free. The smart toothbrush comes with different brush modes like Standard and Gentle. This means you can brush in a natural way or in a gentle way.

However, it is a smart brush, and you can connect this brush with Xiaomi’s mobile app. You can check the brush time, strength, and other oral functions. Few of these functions depends on the basis of the user’s diet and brushing habits. If you want, you can get the brushing reports daily, weekly, or monthly.

On a single charge, this toothbrush will stay alive for 18 days and to charge it there is a USB port to recharge the battery. As it is an electric device, it has an IPX7 rating as it needs to deal with water and toothpaste.

Mi Electric Toothbrush is the first few smart products. It is also said that Xiaomi is going to bring RedmiBook Laptops this year in India.