This year Xiaomi will finish 10 years in the market, so to celebrate this it is bringing two new smartphones. Xiaomi Mi 10 Pro and Redmi K30 Pro will be launched. But, before the launch, the new Mi 10 Box has been leaked, and it shows the 120x Zoom Camera.

The news about the leak has come through a photo of the new Xiaomi device box. The photo of the box shows that it will have quad-camera setup. Moreover, the device will support the 120x Zoom. One can zoom in between 12-120mm with an aperture of f/1.85 to f/4.1. In the picture of the box, we can see the Camera is arranged vertically in a rectangle-shaped box, and the LED flashlight is under the second camera.

Earlier, the reports said that the device will be powered by Snapdragon 865 (with SD 865+) with UFS 3.1 storage, LPDDR5 memory and Wifi6 support. With a copper sheet, there is a new VC liquid cooling system, and a 3D heat radiation will feature on the phone. 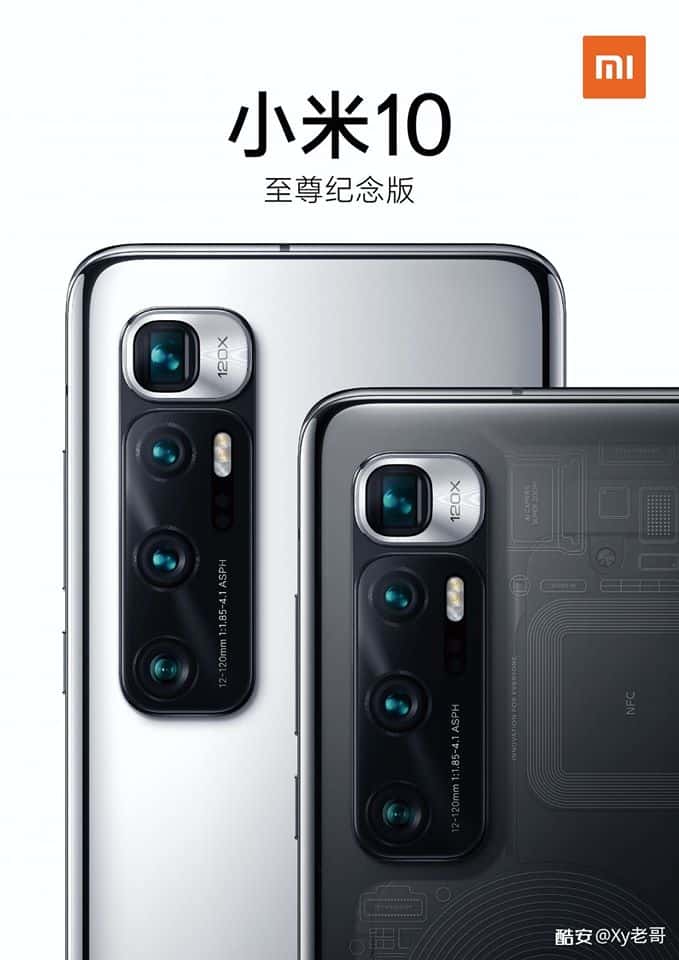 It is also expected that there will be an in-display fingerprint scanner with dual super linear stereo speakers. There will be two versions available in MI 10 which is “Ceramic Version” and “Transparent Version”. The transparent version will have 12GB RAM 256 Storage and 16GB RAM 512GB Storage. And the other version will have 8GB RAM 256GB Storage and 12GB RAM and 256GB storage. It will have an AMOLED display of 120Hz and 55W fast charging.