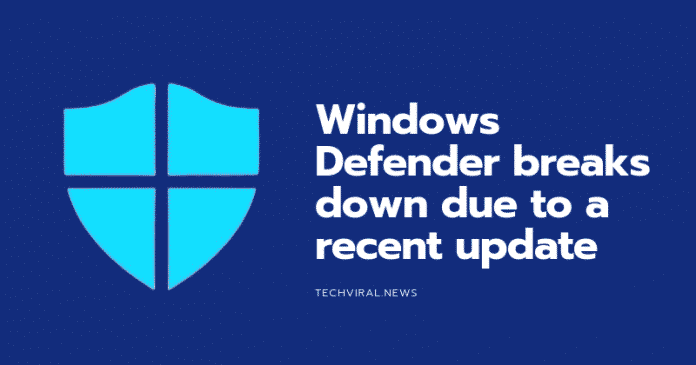 Last time we reported about Microsoft releasing a patch that ended up breaking the start menu and this time it is out favorite and underrated Windows Defender which experienced some bugs, although these bugs have now been fixed.

The actual issue was an update for defender which repaired a previous bug started causing troubles for the in-built antivirus of Windows while scanning files for viruses. Both full and quick virus scan features were crashing down as soon as the defender completed scanning 40 files, which means that it couldn’t complete its task.

As per the recent reports, the issue has been fixed. The update was delivered as “Security Intelligence Update for Windows Defender Antivirus – KB2267602 (Version 1.301.1684.0).” Make sure you have updated to the latest version if you are facing issues with your Windows defender program.

If you still haven’t received the update for the bug, you can manually download it from Windows security > Virus & threat protection. Click on check for updates for windows defender and update to the latest version.

As per the statements of Microsoft, the real-time protection of window was not affected only virus scanning feature had issues which have been fixed as of writing. It is however turned into an embarrassing moment for the tech giant as a lot of people solely depend upon Windows defender which has been rated as one of the best antivirus security software.

Moreover, updating windows and automatic updates of windows will continue to be a nightmare of windows users.