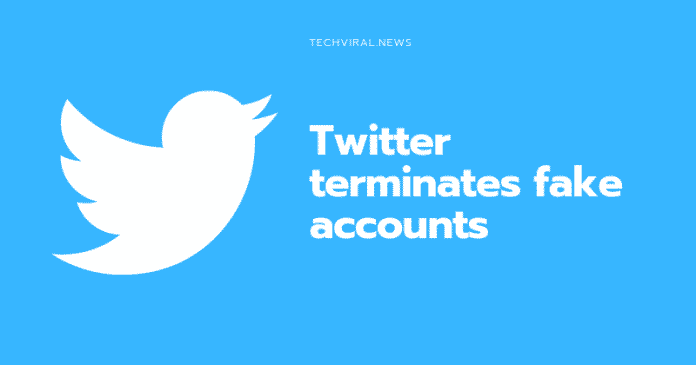 Twitter today has started doing crackdowns on fake and state backed accounts after the accounts violated the platform manipulation policies. The accounts are from countries like China, Equador, Saudi Arabia, Egypt,Spain and United Arab Emirates.

The Social Media Giant has announced this news on Friday night after it decided to take actions against the fake news allegations.

As per the post by the twitter’s official safety account they say that they put transparency as their first priority and they will continue doing the same thing to deal with fake news and fight manipulation as much they can. 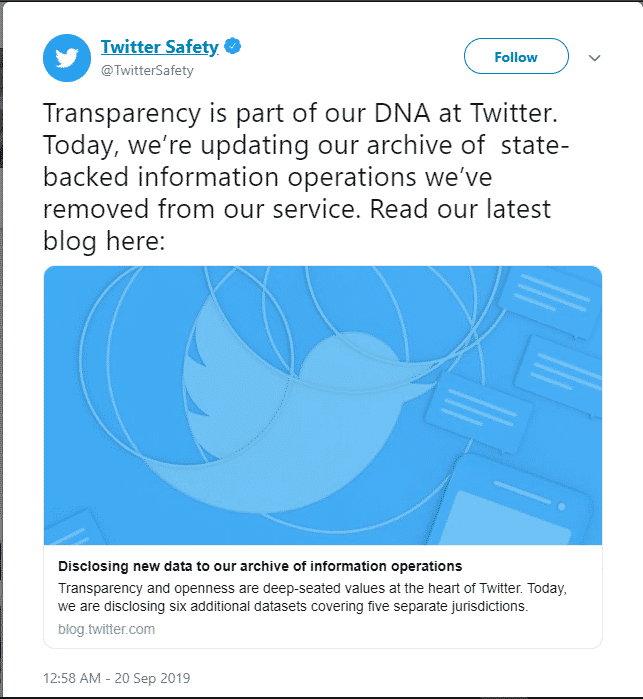 Twitter has banned over 4,300 accounts from China who were spreading fake news about the Hong kong riots. More 4,200 accounts linked to the United Arab Emirates that were tweeting about the Yemeni Civil War and Houthi Movement in Qatar and Yemen.

It also deleted 273 accounts from the private corporation called “DotDev” that were tweeting their support to the government of the UAE. A royal advisor had his account banned last year after being involved the murder of Jamal Khashoggi, who was a regime critic and Washington Post Columnist.

Twitter also banned more than 100+ accounts of the pro Catalan independence movement and pro parties that were manipulating the ideologies of the public. They were operated by an agency called Patrido Popular, which remained live for a short amount of time which were spamming and retweeting and were taking down effectively.

Twitter had been facing sorts of backlash from media after allowing fake news to circulate in their platform. But after this recent move, Twitter has hoped to bring back some balance of neutrality to its platform.