Techviral News
Home Gadgets The Upcoming iPhone Might Be Notch-Less 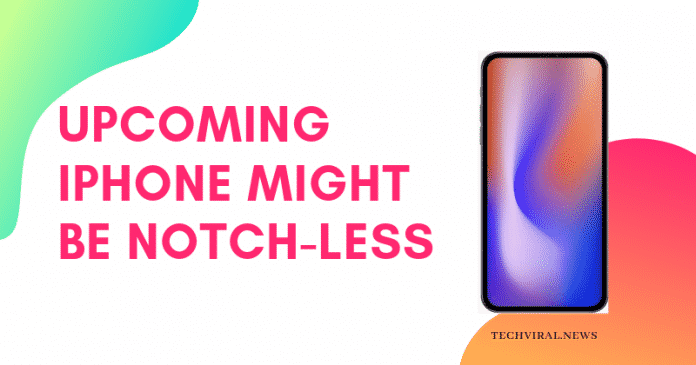 A new prototype from Apple features an iPhone with a 6.7-inch display without a notch with TrueDepth sensors for Face ID security which is integrated in the thin bezel just above the display.

It might be not the first time we are hearing that Apple could release a 6.7-inch iPhone. In the beginning of this year Ming-Chi Kuo said that Apple is looking forward to release 5.4-inch, 6.1-inch, and 6.7-inch iPhones in 2020 in the coming year. The devices will have OLED displays and will come with 5G support.

The designs will not be same as the iPhone 11, said Kuo, but he did not comment anything about the notch.

Ben Geskin created a raw concept to show how the upcoming iphone would look like which Apple plans to unveil in the forthcoming year.

Exclusive: One of the 2020 iPhone prototypes has 6.7-inch display with Face ID and TrueDepth camera system housed in the top bezel. pic.twitter.com/sAJE7J12ty

Kuo stated earlier this week that the upcoming model of iPhone will have a new metal frame that is same as iPhone 4’s frame with flat edges.

Although, Geskin had some accurate leaks in the past, which includes the front glass panels for the 2018’s iPhone, later it was revealed that the iPhone XR would have thicker bezels unlike iPhone XS and iPhone XS Max.

However, these prototypes are not yet verified by any sources therefore this remains a rumour and should be treated as one.