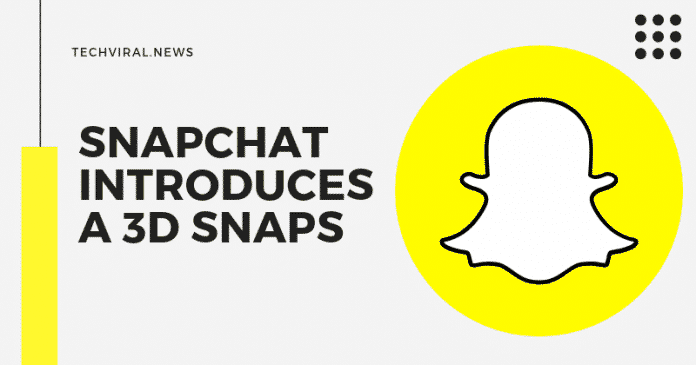 The latest version of Snap’s Spectacles already has a 3D feature that allows you to see the surroundings with cool filters and effects. The parent application of the company, that is Snapchat has also got an update for its snap mode.

The company has announced a latest 3D camera mode that allows users to create and share the image with diorama-like depth effects which react when you move your device. Snapchat is using Apple’s TrueDepth camera system to its full extent which the firm uses for Face ID security and Animojis.

For those who have an iPhone X and have updated the app to its latest version will be able to use the latest 3D camera module. This feature is accessible through the Camera mode from the drop-down menu on the right.

However, on older devices, both iOS and Android, the pictures can only be viewed but not created. With the new 3D camera mode, the eligible users will be getting a new library of 3D effects, lenses, and filters. The feature will soon be brought for other devices as well but there is no further information released by the company yet.

The images created can also be saved into the camera roll or gallery of the user’s device and shared later on other apps as well.

Snapchat had plans to implement this feature for a long time in order to follow up its competitor Facebook and Instagram. The copying of features situation has been quite difficult for Snapchat as it still behind the famous Instagram app which massively experienced high growth in its users after introducing Stories features.