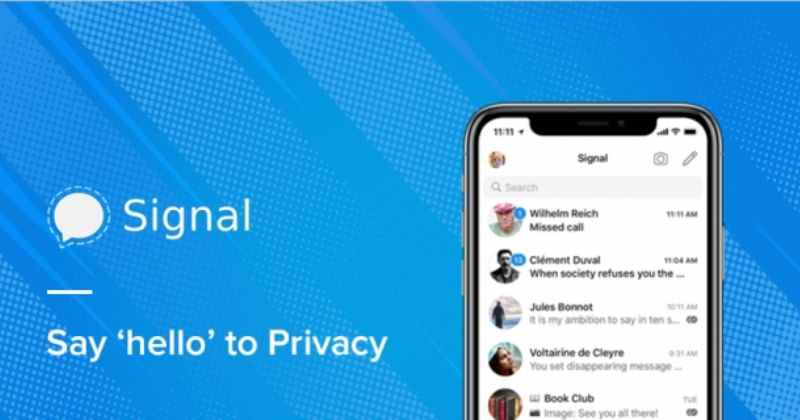 Recently, Whatsapp has brought a new update on the terms of its service which will go into effect from 8th February. All of the users must accept the terms or else they might lose their account. This news has caused a stir among the users and most of them are now moving to another messaging app called Signal. Within no time, the Signal app has become the top free app in India.

Top Features of Signal App, Why is the Signal app Trending in India?

The signal messaging app beats Whatsapp and becomes the top app in India. There was a tweet posted by Signal which shows the App Store charts of top free apps where Signal is seen in the number one position. Apart from India, the app has become the top free app in Hungary and Germany on Google Play Store.

If you don’t know about the Signal app, then check out the details below, and also some of the top features of the app have been shared.

What is the Signal app?

The signal is a messaging app just like Whatsapp. The app is developed by the United States Signal Foundation. Both Android and iOS users can download it from the Play Store and App Store.

As Whatsapp has brought few changes the users in India have started looking for Whatsapp alternatives and due to which Signal has topped the top apps charts. The company says the Signal app is safe and secure to use as all the messages are end-to-end encrypted.

Why is the Signal app Trending in India?

The new updated privacy policy of Whatsapp says that some of the user’s information is shared by the app to the parent company Facebook. With this new policy, the users were not happy and that is why Signal is trending in India.

Top Features of the Signal App

Here are some of the top features of the app you must know:

All the messages which are exchanged between the users are end-to-end encrypted, which means, only you and your friends can see the messages.

At the same time, you can use this app on many devices like phones, laptops, tablets, or any other device.

The signal app allows you to do group video calls on a desktop. Doing so is very easy, just select the contacts, add a group name, and click on the video icon and start a video call.

It has both the options Dark and Light mode. As per your choices, you can change the interface to light or dark mode whenever you want.

Similar to Whatsapp, there is an option to read receipt. If you want to use this feature you can enable or can disable it whenever you want. If you enable the option, your contacts can know whether you are checking their messages or not.

Well, within a short period of time the Signal app has gained so much popularity. And Whatsapp on the other hand is used by billions of people globally, so it is hard to tell that the app will be replaced or not. However, most of the users have switched to the Signal app as most of the features are similar to Whatsapp.

In the coming days, it will be interesting to see whether the Signal app will be replaced in the Country or not.