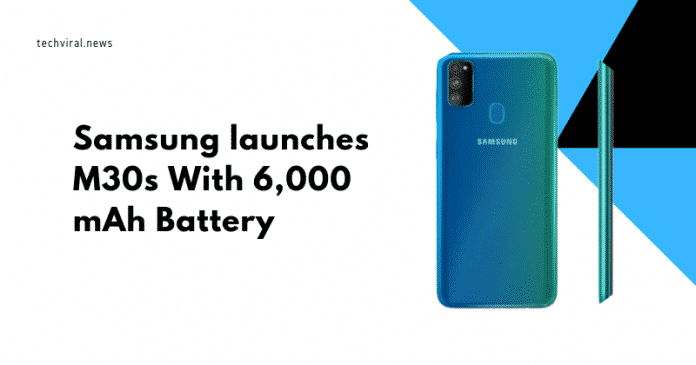 The sensational device of the month by Samsung, Galaxy M30s has been launched in India today alongside M10s. The M30s has a lot of exciting features out of which 6000 mAh battery capacity is Samsung’s strong point for advertising the device.

The device is an upgrade to Galaxy M30 which was launched early this year. The galaxy M10s in the launch became the first-ever device to have a super AMOLED display under Rs 10,000 according to what Samsung claims.

The device has an Infinity-U display which is of 6.4 inches featuring a super AMOLED panel. You can stream Netflix, Amazon Prime Video in HD as Samsung say the device has a Wideline L1 certification. 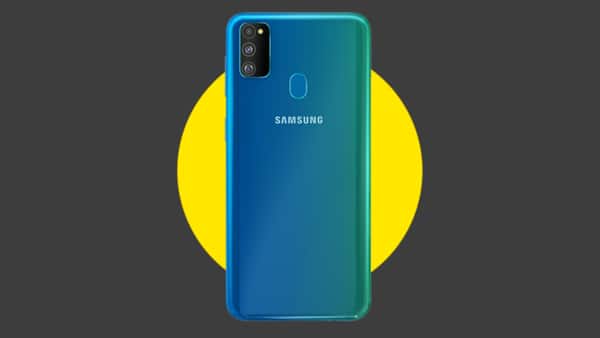 The Galaxy M30s comes with a massive 6000 mAh battery. The operating system is Samsung’s One UI which is based on Android 9.0 Pie, and hopefully, the device will receive Android 10 update in the future.

The device has a triple rear camera setup with the primary camera of 48 megapixels, eight megapixels ultra-wide-angle lens camera, and a 5-megapixel camera to capture the depth. The front camera or selfie camera is of 16 megapixels.

Under the hood, the device is powered by the all-new Exynos 9611 SoC chipset which has eight cores and ARM Mali G72 MP3 GPU. There are currently two variants of the device, a 4GB LPDDR4X RAM with 64 GB of internal storage, Priced at Rs 13,999 and the 6GB variant with 128 gigs of storage expandable up to 512 GB priced at Rs 16,999.

The second device launched by Samsung, Galaxy M10s, Super AMOLED display, and one makes it one of the first smartphone to have an AMOLED display under Rs 10,000. The device has a 6.4-inch HD+ display.

Under the hood, the device is powered by Exynos 7884B SoC which comes with a 4,000 mAh battery life that supports 15W fast charging.

Moving towards the camera, the device has a 13-megapixel primary camera, 5-megapixel ultra-wide sensor for wide shots and an 8-megapixel front camera. It has two color options, Stone Blue and Piano black. The 3/32 GB model will cost around Rs 8,999 in India. Both of the devices, M10s, and M30s will be on sale on Amazon from 29th September.