Realme has scheduled an event on March 5 in India where it will launch the Realme 6 and Realme 6 Pro and along with it, the company will also bring the Realme Band. It is the first fitness band from the company which will compete with Xiaomi’s fitness band. The features and specs were unknown, but now the official page has revealed most of the details. Let’s take a look.

The Realme Band landing page was spotted on the company website that showcases all the features of the fitness band.

As a competitor to the Xiaomi Mi Band, the Realme Band also bags some crazy specs and features. It has the color display just like the Mi Band 3, it also has all the fitness modes. We’ll get to it later.

The Realme fitness band is no less than a smartwatch, it can display calls, messages, and reminders. Users can also set alarm and measure heart rate.

One of the highlighting features of the fitness band is its Cricket mode. The company claims that it is specially made for India and can track all the cricket activities.

Talking about activity tracking, it can count regular steps and has a total of 9 Sport modes such as Run, Climbing, Walk, Bike, Yoga, Spinning, Cricket, Fitness, and even Hiking. 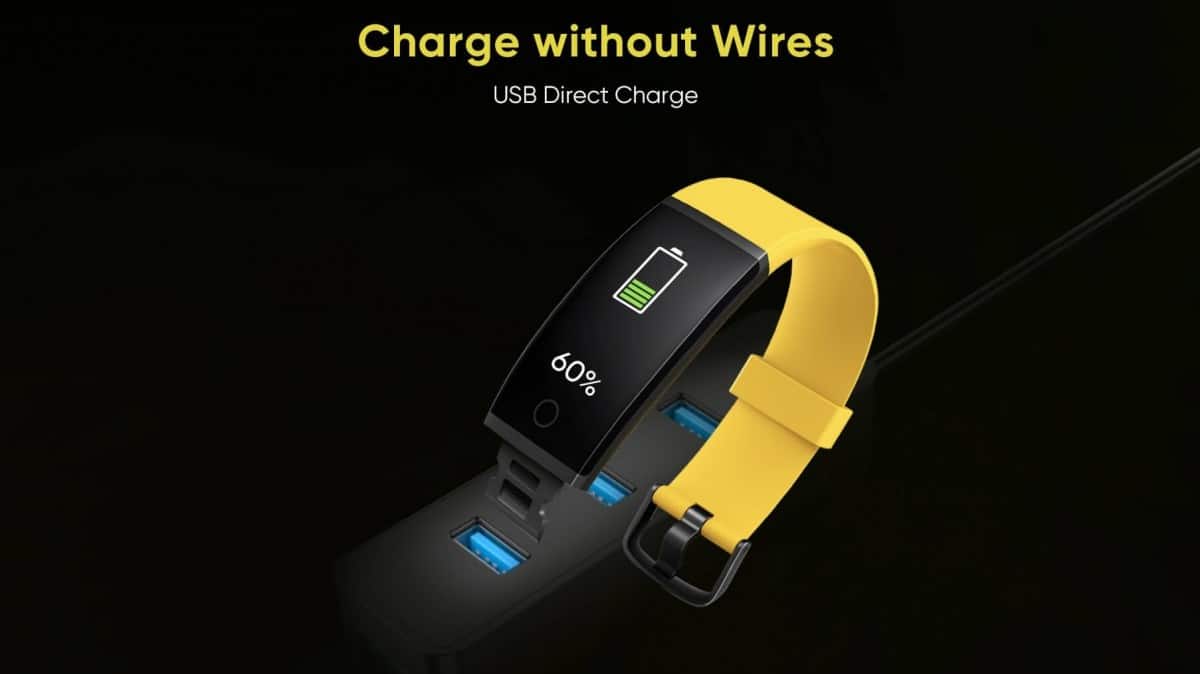 The fitness band is also water-resistant can also survive a few drops on a hard surface. Another highlighting thing about the band is its USB direct charge. It does not have any wires of any sort, rather it has the USB connector in the band itself which can be directly plugged to a charging plug.

The listing reveals most of the details, now the only thing left is the pricing of the fitness band. As said earlier, the launch is scheduled for March 5 at 12:30 PM where we will learn the pricing and availability details.