Recently, OnePlus has celebrated the release of the Cyberpunk 2077 game and has revealed a new smartphone, the OnePlus 8T. After this, we have come across a leak, which shows that OnePlus is bringing its first-ever Smartwatch. However, the pictures which are leaked are of the watch straps, which are shown below. 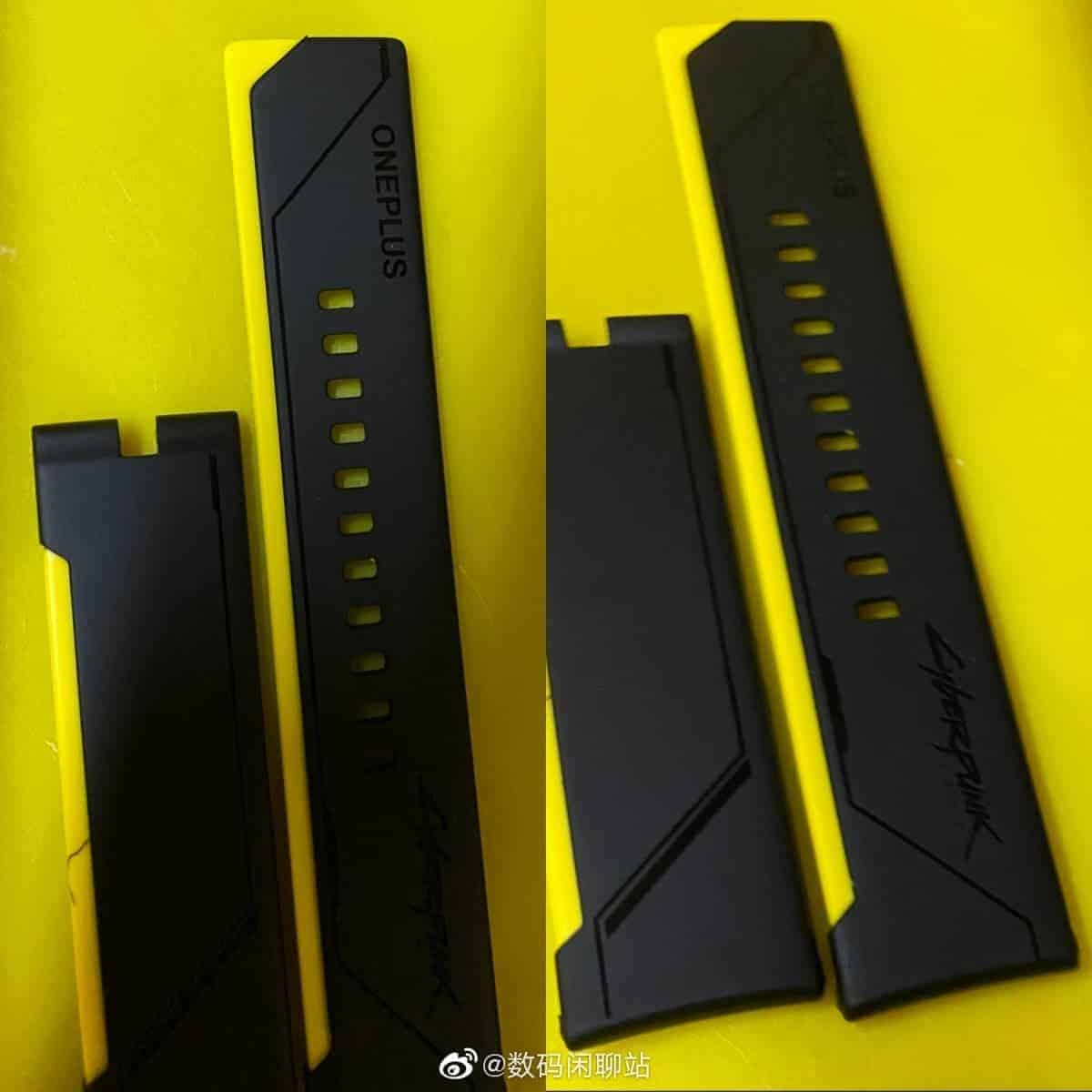 A tipster named Digital Chat Station has shared pictures of the watch straps. The straps have a yellow-black design and are marked by the game’s logo. As he shared the strap images, he claims that it is of OnePlus Watch Cyberpunk 2077 Edition. On the straps, we can see “OnePlus’ and “Cyberpunk” is written. The straps have a matte black finish. However, it is not clear how the watch will look.

Last month, OnePlus posted a teaser of a smartwatch arriving in India soon. But, from the time that the teaser was out after that, OnePlus is quite on giving any detail of the smartwatch. As per the recent reports, the company has delayed the launch of the OnePlus watch. However, the reason for the postponement is not clear, but there can be complications in developing software or anything else.

According to earlier leaks, we can say that the OnePlus watch might have a circular dial design. In September, the watch was spotted on BIS certification also. Even though the watch is getting delayed, we are not completely sure about this new leak, if it is true or not. And there can be a Vanilla OnePlus Watch launch also with Cyberpunk 2077 Edition.

So, we just need to wait for the official statement by OnePlus. Till then, we just have to see the leaks as we can just guess how the watch will be.

If we talk about the new OnePlus 8T Cyberpunk 2077 Limited Edition smartphone, it will go on sale next week.