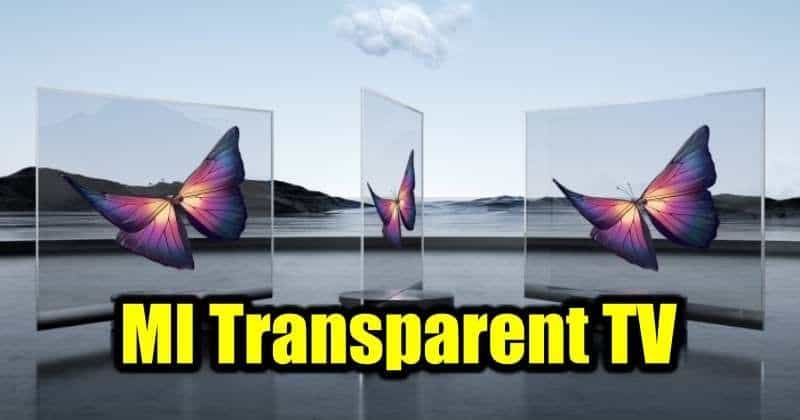 Xiaomi announces the world’s first transparent smart TV. On Tuesday, Xiaomi has revealed some of the new devices like two Ultra phones, and along with that, the company has announced Mi TV LUX OLED Transparent Edition. In the industry, Xiaomi has completed 10 years so to mark its 10th anniversary the company has brought see-through TV.

Xiaomi has revealed two devices Mi 10 Ultra and Redmi K30 Ultra. Xiaomi is the first company in the world to launch the transparent smart TV. The TV is transparent because the company has put all the guts into its circular base and not in behind the display. The TV has become a see-through OLED screen TV because it is using transparent OLED technology (TOLED).

Mi TV LUX OLED Transparent Edition uses custom MediaTek 9650 chipset. It also uses Xiaomi’s AI Master Smart Engine image processing which offers over 20 optimization algorithms. Transparent Edition TV has a feature of AI Master for Audio. This feature detects the type of content which is played, and it automatically selects the audio mode. It also has support for Dolby Atmos.

The Mi TV LUX has 5.7mm thick frame which is circular. It can be attached to the stand only to place it, and it cannot be wall-mounted. Mi TV LUX runs on a custom-designed version MIUI for TV. There is an option of Always-on display mode which display the images and text when you are not using the TV. The transparent OLED panel is different from the standard OLED panel.

Last year, LG also showed a transparent TV and promised to bring it in future. However, there is no news until now.

Apart from transparent TV, Xiaomi has also launched two new devices. Mi 10 Ultra is the first phone to have 120x AI Superzoom, with 120W fast charging. The phone has 6.67-inch curved OLED display. It has Qualcomm Snapdragon 865 processor, LPDDR5 RAM up to 16GB and storage of 512GB.