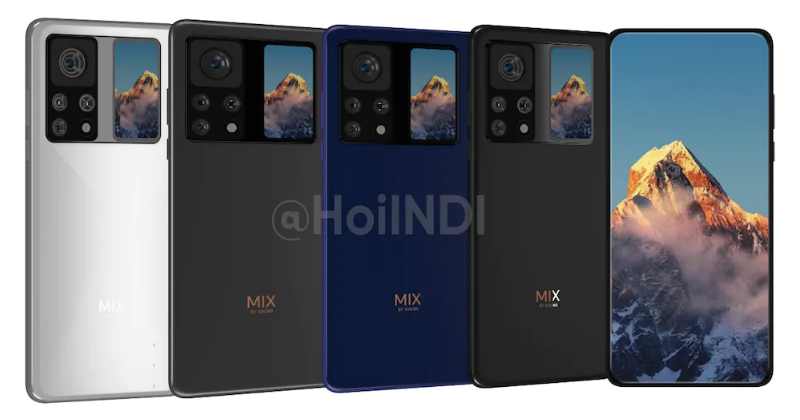 Xiaomi’s Mi Mix series phones always come with new features, We have seen from the first Mi Mix which came back in October 2016 with a bezel-less display. And now in 2021 Xiaomi is bringing their latest Mi Mix 4 with an under-display camerMia.

Xiaomi has been working for a long time on this feature but now they have completed their work and they are ready to launch their first under-display camera phone. Mi Mix 4 will come with an under-display camera at the rear, there will be a quad-camera setup with the mini screen as we have seen in Xiaomi Mi 11 Ultra.

Recently we have seen that many companies trying to avoid notch display, for that companies have tried many things. In starting, companies kept popup cameras than they tried to keep the display at the back, but now we will see a complete in-display camera.

Many companies are working on this technology but finally, Xiaomi has completed their job and they are bringing in-display camera phones. The main benefit of this technology is the users will get access to the full screen without worrying about popup or notch. Not only that the user will not be able to see the camera with the naked eye easily.

On Twitter, Ice Universe has tweeted about this and confirmed Mi Mix 4 new design.

In terms of the appearance of UPC, the upcoming MIX4 will be better, and traces of UPC will not be visible to the naked eye. pic.twitter.com/2d3nihemGR

Since 2019, Xiaomi is working on Under-Display technology but now finally they have started mass promotion of this phone, and soon we will able to see this phone in the market.

Another Twitter user named Holindi has confirmed the complete look of the Mi Mix 4. There is no official news about the launch but we assuming that  Mi Mix 4 will get launch in August with MiUi 13.

Mi Mix 4 price, if we see in past the pricing of Mi Mix series stays around 45,000 to 70,000. What are your opinions will Mi Mix 4 dominate the market at this price point or not.