Huawei has officially launched the all-new Huawei P40 Lite smartphone in Europe. The smartphone is the Lite variant in the P40 series and is said to be the rebranded model of Huawei Nova 6 SE. Let’s take a look at the details.

The device comes with a modern design, it rocks a 6.4-inch hole-punch display and small unique rear camera setup. The front display is an FHD+ LCD panel with fewer bezels. The hole-punch is also smaller and placed at the top left side.

At the rear, the Huawei P40 Lite has an almost clean look. It has the box-shape camera setup which houses four lenses. The Quad-camera setup has a 48-megapixel primary camera, another 8-megapixel sensor, and two other sensors, one for depth sensing and another one for macro shots. At the front, there is a 16-megapixel selfie snapper with several camera modes.

Under the hood, the P40 Lite comes with a Kirin 810 SoC bundled with 6GB of RAM and 128GB of internal storage(expandable via MicroSD card). It also houses a 4,200mAh battery with whopping 40W fast charging support that is claimed to juice up the device instantly. 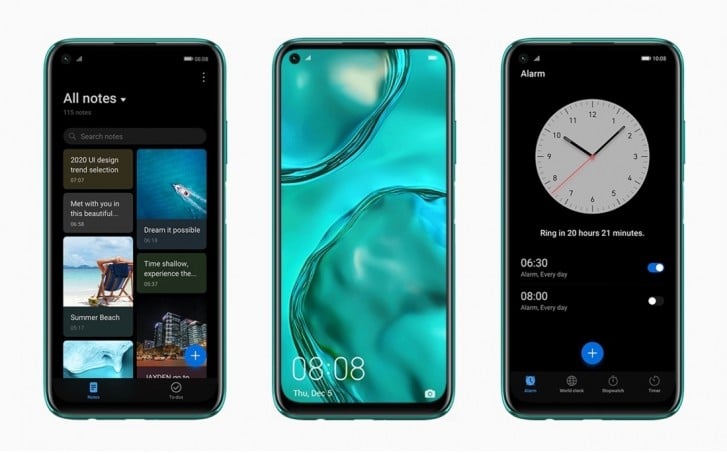 The smartphone runs on Android 10 out of the box and has Huawei’s own UI on top of it. The device also features a side-mounted fingerprint scanner and has a 3.5mm headphone jack at the bottom.

In terms of pricing and availability, the smartphone is priced at €299 and the pre-orders will begin on March 2. Those who pre-order it early will also get Huawei’s Freebuds 3 as a gift along with the device. The smartphone will start shipping from March 7.

Stay tuned on TechViral for more updates on the P40 Lite smartphone.