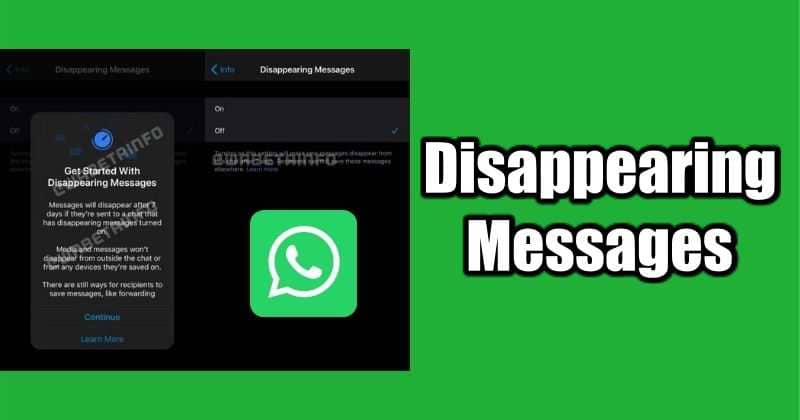 “Disappearing Messages” in Whatsapp to Roll Out Soon 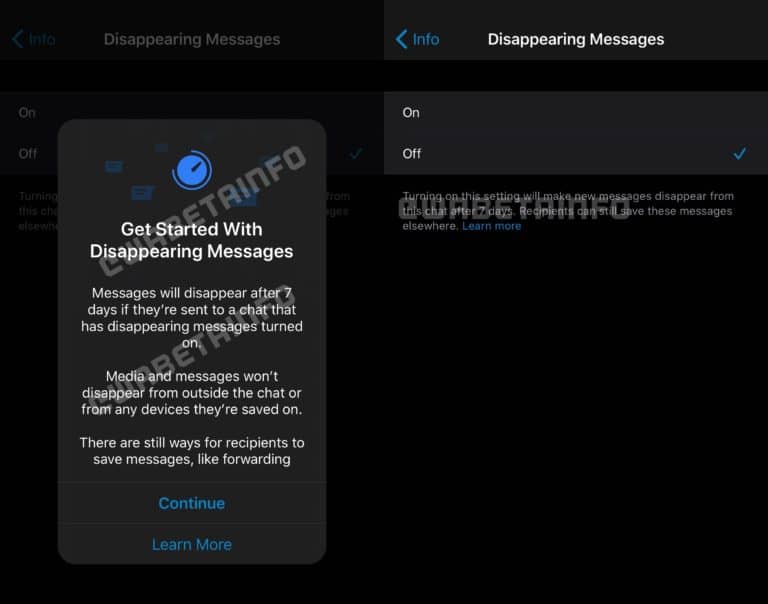 According to the reports on WABetaInfo, the company has released some detailed information of this feature. Whatsapp has announced that the feature will be available for Android, iOS, KaiOS, and Web/Desktop users. And if you want to use this feature, then you have to enable it yourself; it will not be enabled by default. So, if you don’t want to keep messages in your chat, then you can enable it.

Once the feature is released, and if you enable the Disappearing Messages, all the new messages of the group chat or a particular chats will disappear automatically after some time. As it said, you need to enable the feature manually; you can enable it wherever you want to.

Expiring Messages or Disappearing Messages is already announced earlier. Earlier, the company said the feature would let you choose when the messages should get expire. But as per the latest reports, Whatsapp has changed the feature. Once the user enables the new feature, then all the new messages will be deleted after 7 days.

All the Forwarded messages in no-disappearing chats will not be removed automatically from the chat history. Most of them forward a few important messages in their own private chat to keep the message.

One of the best ways to save the disappearing messages is, one can take a screenshot of the chat. Many of them have asked for screenshot detection also, but Whatsapp is not ready to bring this.

All the disappearing images and videos will be automatically saved in your camera roll with the help of the save to camera roll option. This option is not disabled as it is enabled directly for saving media from whatsapp.

Apart from this feature, Whatsapp is also bringing the Expiring Media feature. This feature will disappear all the images and videos once it is seen. Just like Snapchat, how we see messages or images, or videos once, and it is gone.

Whatsapp is also bringing multi-device support, which will let you use one same account on four different devices. This feature was in the final stage of development in late September. However, as of now, there is no news when this feature will be rolled out.