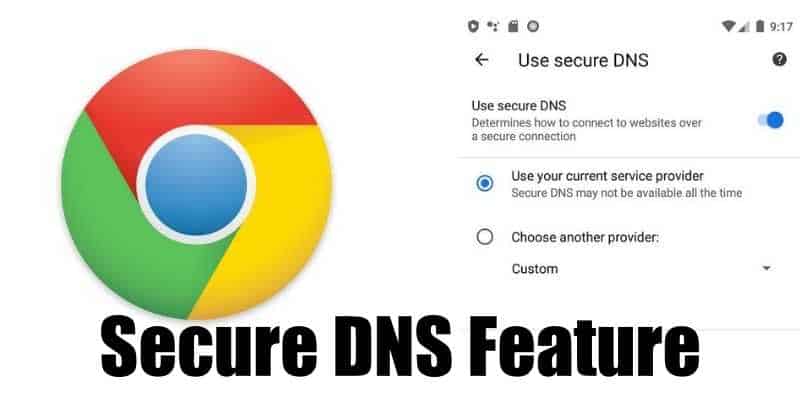 Earlier, in May Chrome 83 was released and with it, Google introduced a new feature to the desktop version of the browser. The feature called Secure DNS was debuted. It gives a safer and private browsing experience to the users. And now, the company is bringing the same feature to Android devices also with Google Chrome 85.

According to the latest reports, Chrome 85 will have a Secure DNS feature in Android. The design is the same as a desktop variant. If your DNS provider is supporting the feature, then Chrome will automatically switch to DNS-over-HTTPS (DoH). However, if the users want to go back to the regular DNS service they can easily switch back to it.

If the user doesn’t like the default setting, then Chrome gives the option of manual configuration. It allows users to use a specific provider without any problem. Moreover, the user can completely disable the feature from the browser settings, if they want.

In a blog post, Chrome said, it will disable Secure DNS automatically.

“if it detects a managed environment via the presence of one or more enterprise policies.”

“to allow for a managed configuration of Secure DNS and encourage IT, administrators, to look into deploying DNS-over-HTTPS for their users.”

Secure DNS feature for Chrome on Android will be out for all the users in some time. Before it rolls out for everyone, it will ensure stability and performance.

it will “remain open to feedback and collaboration with interested parties such as mobile operators and other ISPs, DNS service providers, and Online Child Safety advocates to make further progress in securing DNS.”