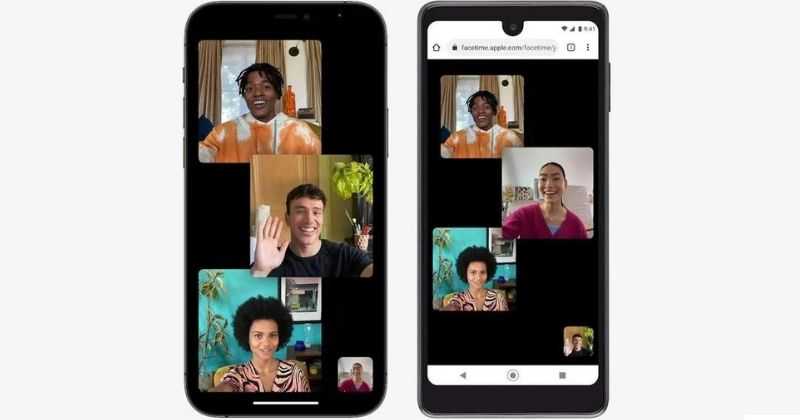 Facetime is one of the most popular features of iPhones. It is a live video service that connects your friends and family, but both the users should have iPhone only to use FaceTime. It is only available for Apple iOS devices, but in the latest announcement at WWDC this thing will change.

In the upcoming update, FaceTime will come for Android devices as well as Windows OS also. With the iOS 15 version update, the change will come as the beta testing will be launched next month and it will be available for everyone in autumn.

Once Facetime is available for Android and Windows, it will become a great competitor to Zoom. It is also said that Facetime will let the users get a link of scheduled calls so that they can share it with others to join the meeting later.

Apart from this, Apple also announced other features coming to the app in iOS15. There will be a voice isolation feature that improves sound quality spatial audio support, grid view option, and blur your background with “Portrait mode”.

Facetime is the biggest reason, why most of them consider using the iPhone first. Expanding the app to non-apple users has come as a huge surprise to everyone.

How does FaceTime Work on Android?

At present, we can’t say anything as to how will it work on Android and Windows. Since it is an Apple-only product, so from the users one of them should be a Mac or iOS device user, so they can start a video call.

There is a special internet link in the FaceTime app, that will be shared with Android or Windows users. One can send the link via text message, social media apps, email, or any other way. The non-apple users can use this link and join the call.

Apart from this, there is another major feature called SharePlay, it allows a group of people to watch or listen to the same content at once. You can watch videos, songs, or can share your screen with your friends. This feature might support Hulu, Disney Plus, HBO Max, and Twitch. Apple TV Plus and Music will obviously support this.