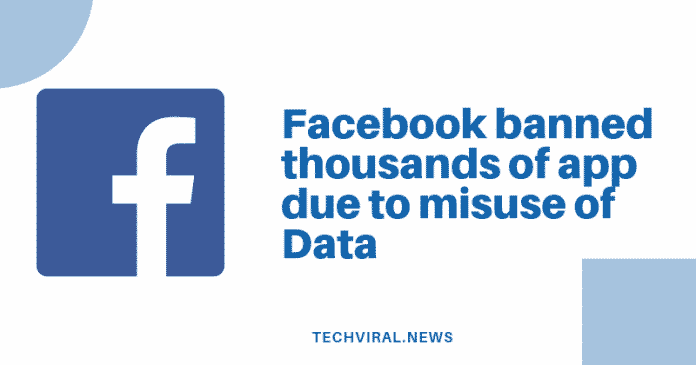 Facebook has suspended applications of 400 developers after the investigation that is related to the Cambridge Analytica Investigations that data harvested from 87 million users that were used to influence the opinions of the voters and the citizens of United Kingdom and United States of America who were voting on a referendum about Brexit and the presidential elections as in order. The revelations of the company in May 2018 had put Facebook in doldrums, which the company hasn’t recovered from.

Facebook as per their blog post on Saturday have stated that they have investigated millions of applications that had access to ‘large amounts of data’ or ‘the potential to abuse’ its policies and has suspended tens and thousands of applications and some were straight off banned.

“Our goal is to bring problems to light so we can address them quickly, stay ahead of bad actors and make sure that people can continue to enjoy engaging social experiences on Facebook while knowing their data will remain safe,” said Ime Archibong, the company’s vice president of product partnerships.

The Federal Trade Commission of US has handed Facebook a record breaking fine of $5 Billion dollars for mishandling sensitive data of people and had promoted Facebook to audit all the applications that were having access to such huge amount of data.

This revelation will restart the protests for heightening the regulation of Facebook and harsh criticism that have maintained that the punishment doled out to Facebook has not been harsh enough.

Facebook has not provided an official list of which applications were banned from their platform and some have been also issued with a straight up lawsuit. After this revelation the Federal Trade Commission has not put out a statement on support or against this move by Facebook.