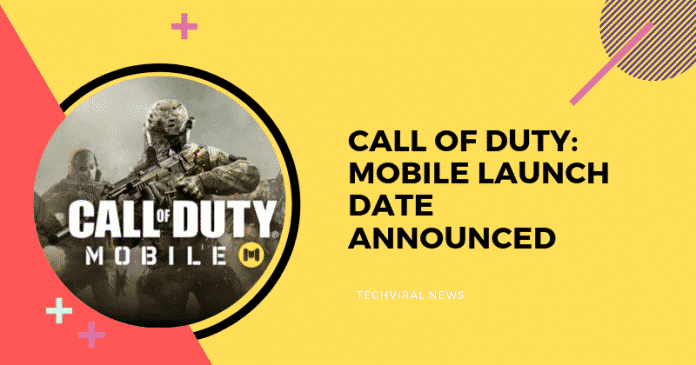 The highly anticipated game, call of duty has finally got its release date confirmed. Although, the game has been available in Canada and some other countries due to pre-registration. The game will be launched on both iOS and Android devices.

There are a number of modes which have been implemented taking inspiration from the previous call of duty versions. For those who loved playing the blackout mode of Black Ops 4 will surely look ahead to play the Battle Royal.

A new map has been designed specially for Call of Duty mobile which supports up to 100 players in one match on foot and vehicles. A player can either choose to play solo, duo or a 4-player squad which is quite similar to PUBG mobile.

Players can also join the Team death match, Search and destroy, Free-for-all matches and warm-up, Nuketown, before an exclusive match. The lineup of the map is highly inspired from Modern Warfare and Black Ops series.

No matter which mode you choose, there are no hidden or game unlock charges for Call of duty Mobile. You can play to boost your rank and unlock Soap, Ghost, and Alex Mason along with a loads of customization and stuff.

The game has been announced for so long, a lot of beta testers also signed in to test the game. You can pre-register for the game on play store to get the information about the launch. As per the information, the game will be launched on 1st October.