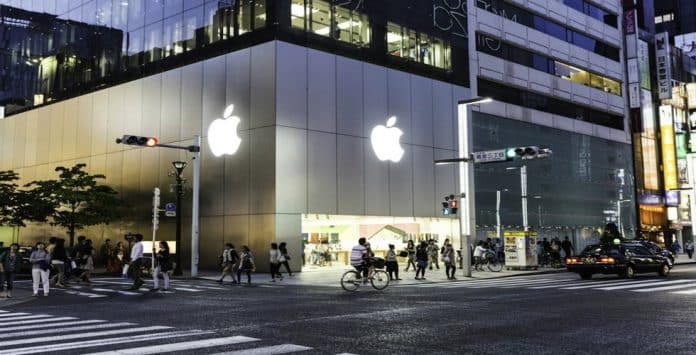 Apple is going to open a brand-new Apple Store in the core of the business district of Japan, Marunouchi. According to sources, the new Apple Store in Marunouchi is the largest store across Japan which will be located right across Tokyo Station. The store will open on the 7th of September 2019. Apple also said that it would name the new store as “Apple Marunouchi,” and this would mark the opening of the third store across Japan since April 2018.

Moreover, O’Brien also said that the commercial district, Marunouchi, incorporates an extraordinary capacity. In addition to this, the Apple team is getting ready to welcome the customers to the largest store across Japan. Apple said that it would hold the Creative Guild of Tokyo as a part of the special 12-part event to commemorate the celebration and opening of the store.

The store features a very unique, state-of-the-art exterior. In addition to this, the store also features two-storied glass-paneled windows that have especially been curated from cast aluminum to get the three-dimensional rounded corners. By the looks of it, the windows would allow the active street life in the surrounding area to connect with the store.

The interior part of the store features native bamboo lines which would allow the people to take a peek inside the store. So far, Apple has opened eight Apple stores across Japan, collectively. The customers visiting the store can get their hands on all of the Apple products. As mentioned earlier, the store would kick off a 12-part series for celebrating the opening of the store. During the opening, Apple will also host top-notch curators from across the world to lead the Apple sessions.

At the new store, the customers will get their hands on all of the Apple products and also garner support and technical advice. For the creative people in Japan, Apple will also allow access to the Creative Pros via the Marunouchi store. The iPhone maker has made sure that the team would speak around 15 languages to communicate with visitors from across the globe.