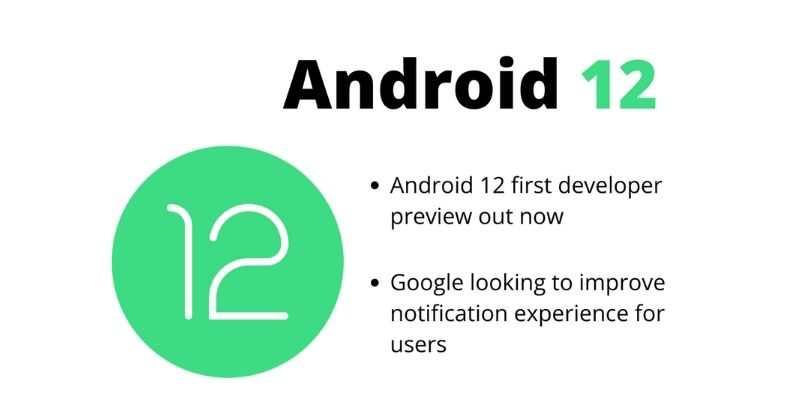 Last year, in September the public release of Android 11 was available and the new release is not out. Just like previous developer previews, the Android 12 Developer Preview 1 is released and the aim of the developers is to keep the apps ready for the next Android update.

The Android 12 Developer Preview is now available for download on Google Pixel smartphones. The developers can check out the new features and changes by using the Android Emulator that is available in Android Studio.

In the first developer preview, we can see the changes to notifications. Google is also working on optimizing transitions and animations to make the system smoother. Additionally, Android 12 is in development to bring more active notifications.

Android 12 preview brings the support HEVC format for video capture that is compatible to media transcoding. Google has provided support for AVI Image File Format (AVIF) by using AV1. It will improve the image for the same size of the file when it is compared to older image formats.

In a blog post, Google announced that the Developer Preview of Android 12 is compatible with the following devices:

All these models have system images available for download. The first developer preview can be installed via Android Emulator in Android Studio. Even the Android TV apps developers can get the preview via the ADT-3 device.

Before proceeding further, you must note that the first preview is meant for developers only and is not for end consumers. So, you might see some bugs or issues after you install the preview of Android 12.

Google has announced the Developer Preview 1 of Android 12, and with that, it has shared the release timeline of the new update.

In addition, Google has claimed that the Android 12 stable version will come in August via the Beta 4 stage.

Apart from this, earlier we have seen many features that might come including one-handed mode, scrolling screenshots, better notification snoozing, Nearby Share, and more. 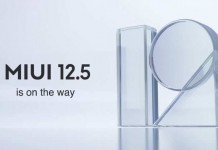